Aisyah has been harassing me the idea of wall climbing a long time ago. I thought it’d be nice to follow her adventurous nature. How hard can wall climbing be?

So today I did and it was possibly the hardest thing I’ve tried! 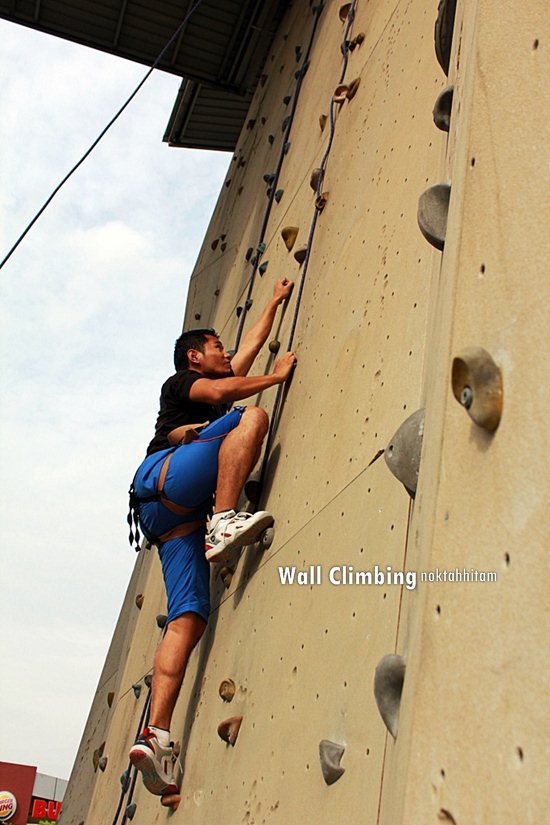 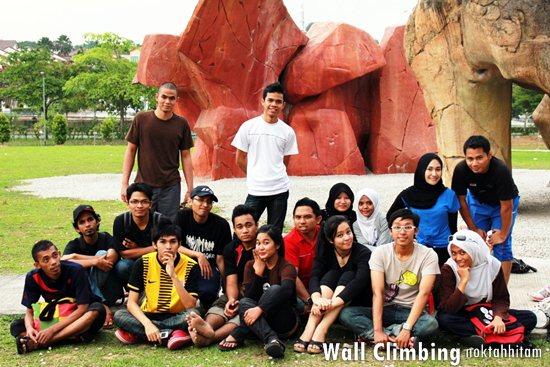 It was organized by sickchild72, she used to work here. The turnout was a lot, but only 9 took the challenge to climb the walls. By walls, I mean a few of them. 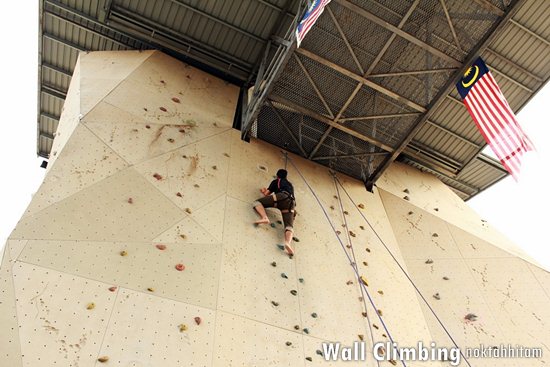 Zelo55 was about my body size, proposition that is. We both kinda failed the same thing. I don’t take failure as a challenge, it’s part of our limitations. Most importantly, overcoming vertigo, which I doubt most would do. 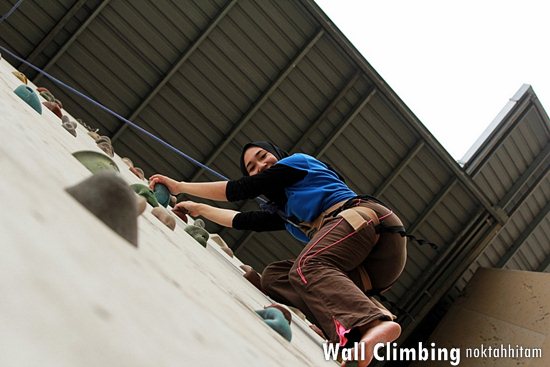 The girl who stalks me. She succeeded in climbing all the walls, except for one. 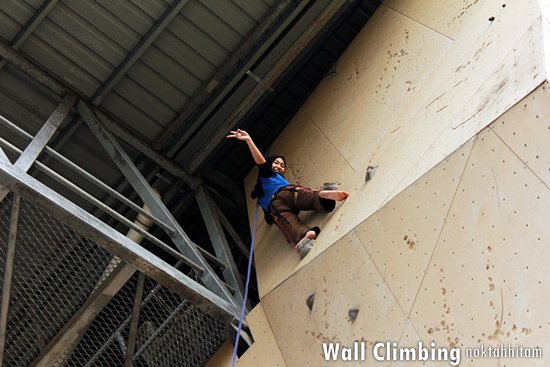 The second hardest wall to climb, she managed. I didn’t but I’m so proud of her. It comes with the age, I don’t have the tenacity to wall this one. I found myself gasping for breath, exhausted and slight vertigo. It was the finger that couldn’t keep up with my body weight. 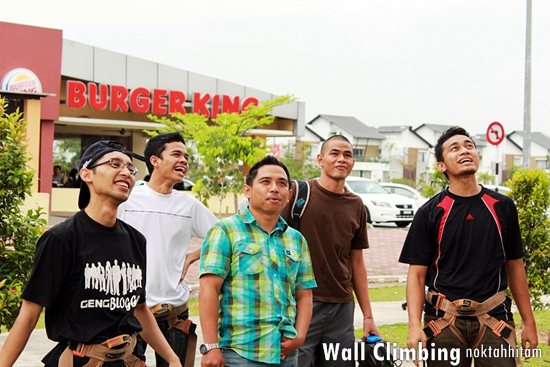 I’m pretty sure they were checking out some girl’s ass. Hahaha 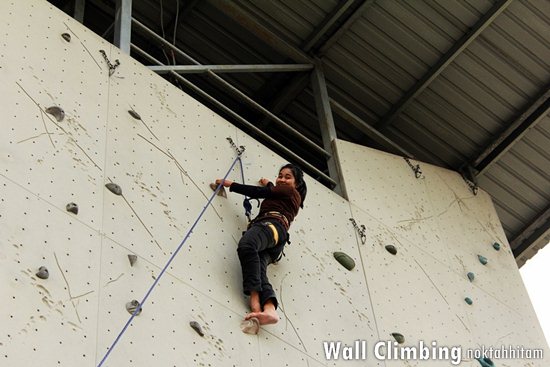 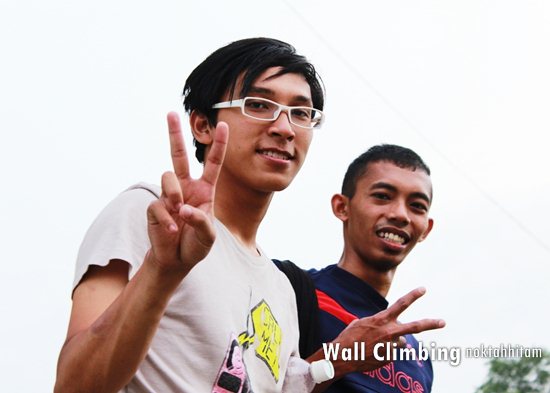 Akmal and Api in the winners league. They conquered all the walls easily. 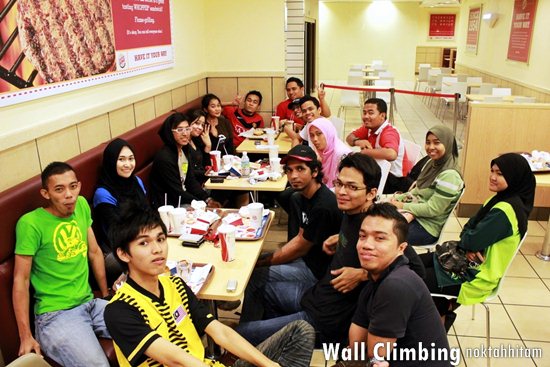 Later on we had dinner at Burger King, like 20 meters away. I had to wait for a while since my hands were trembling. I’m pretty sure I’ll wake up to an aching body tomorrow. Either signs of unfit or old? I reckon it’s the former. Oh well, I had fun 🙂 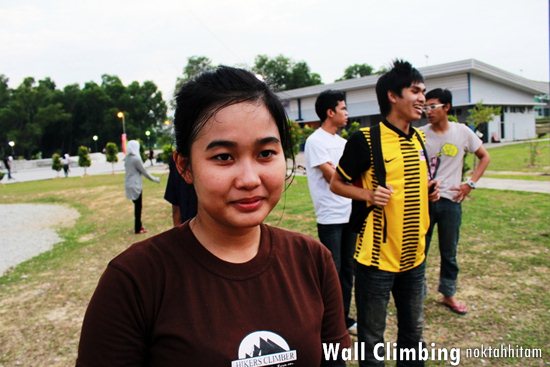 Thank you sickchild72 for organizing this event. Next up, “sky trek”. I don’t know what it is but I think it’ll be fun. Till then.

ps: All of my wall climbing photo is in potrait mode, so, I don’t think adding it here is a good idea. Looks like I’m being vain. Damn.

since i gained a little weight (a little!).. i go for futsal, jogging or cycling.. much easier.. gwaha.

* hiking could be fun.

if it wasn’t because of my aching hand after 3 games of basketball…
you’ll see me climbing those walls…
damn…
huwaa….

wahaha..
“conquered all the walls easily”..

Hiking is fun minus the mosquitoes. Hahaha Anak manje ni.

I can’t do futsal. It’s too rough for me. Unless I play with elder ones.

Alright! I’ll make sure to advertise it next time.

I have to try rock climbing oneday to stop my fear of height.