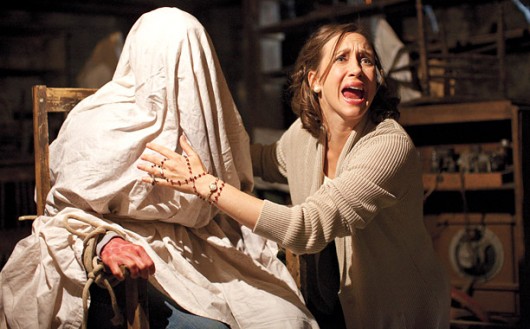 […] PINGBACK NEGARAKU.MY: Noktah Hitam » The Conjuring is the Best Western Horror Movie EVER by James W… […]

Let’s watch it at home next time ok?

Speaking about calmness, I always have a big salute for those who calm, no matter in what position or in any condition.

Last Sunday, we went to beraya. My sister was the driver, while I was at the passenger seat. While she was driving, I suddenly sergah her. What reaction did I get in return?

I was once did the same to my brother. He get mad at me and membebel all the way to home.

My wife did the same thing too. I yelled back at her. It’s a matter of life and death. The streets is not really a good place to play 😛