It was raining heavily, coupled with strong winds and thunderous clouds. The visibility was almost close to zero. We were heading down south back to our home from Penang. There was my newly wed brother and his wife, my youngest brother and me, riding in the car, ridiculing the possibilities of the ‘WTF’ car plate number. (Seriously, there are, maybe soon.)

I’ve never liked the ESP built into Mercedes. In fact, I’ve wrote about it before. But there were pot holes everywhere, a perfect culprit for Hydro Planing, I had no choice but to turn it on.

As we strolled along the highway, things got pretty worst. The wind was blowing in our direction. Raindrops were knocking on the windscreen, making infinite annoying thumping sound. Even the wiper couldn’t keep up wiping the screen. I decided to slow down and cruise at 80kmh on the fastest lane.

A Toyota Altis was following our trail, roughly 15 meters behind.

We ran into a huge pot hole, thanks to ESP, the car’s computer calculated and stabilized us almost instantaneously. I knew, I saw and felt it but I was dead sure the car behind couldn’t endure the hydro planing.

I looked at my rear view mirror and saw something terrible. The Altis spunned 900° degrees ( that’s two and a half spin) whilst bouncing and knocking the road divider. The Altis ended up facing the traffic flow on the fastest lane! Shit! It was a critical moment. I certainly don’t want to see other cars run into that Altis, what more see someone die before my eyes.

I pulled over immediately and asked my sis in law to call for help, while my brother and I rushed to the victim. We grabbed an umbrella and ran as fast as we could, barging into the heavy pours.

There were 3 passengers in the Altis, Driver – slightly aged, his wife and young adult son. The car looked completely wrecked. Fortunately, they had airbags. But still, that doesn’t solve what’s coming next, incoming cars.

“Boy, help them to get out while I go slow down the traffic”, I had to shout to my brother, the sound of rain knocking the ground pretty much blocked our hearing. I ran about 50 meters down the road.

Thankfully, the umbrella we had was yellow, which made it easier to see and signal people to slow down. There I was, on the fastest lane, waving the umbrella up and down, not knowing what’s coming next. Will incoming cars see me? Will they slow down? Worst, will they run me over? I have to admit my balls pretty much shrunk to the size of peanuts. But I toughen it out, we’re dealing with lives here, rest aside fears and be brave!

(For a moment there, I felt like Mary Poppins, but that’s a different story altogether. ) 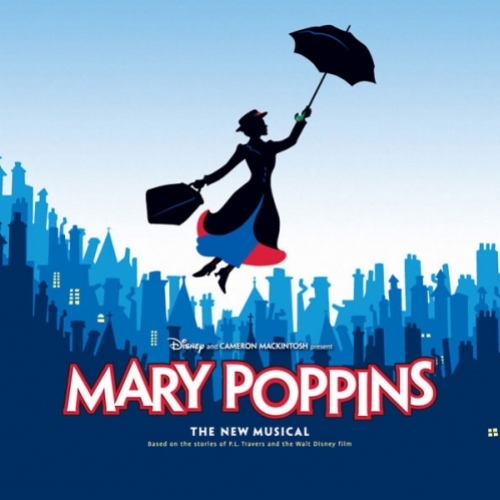 Our call for help came was minutes later. A police car and a highway patrol arrived. They pulled out Orange safety cones and flags. My job here is done. Next is to get the passengers somewhere safe, i.e. on the roadside.

Fortunately, the passengers were ok. I over heard one say how happy they were to pay car insurance monthly on time every time. No broken bones nor tragic condition, only bruises and gushes and most definitely, traumatized. (Who wouldn’t after staring death straight in the face?)

We made it safely on the road side few seconds later.

As I was heading back to the car, I looked back and saw the driver, soaked and drenched in the rain (his wife and son shared their only umbrella). I walked back to him and handed mine, knowing that he’ll be standing there, looking at his car, replaying the incident for a while longer. And it certainly breaks my heart to see that  slight bald aged man mourning over his loss or thinking what might’ve happened.

When all this is done with, police reports has been lodged, insurance has been claimed and everyone sitting at the comfort of their home, that man will look at the yellow Michelin umbrella and remembers, that 2 courageous strangers helped him. And I hope one day, he returns the favor, Act of Random Kindness.

34 replies on “Hydro Planing, ESP, Accident and A Yellow Umbrella”

Whoever came up with the ESP system is in fact, a brilliant innovator. Why would you hate it so much anyway? It’s a live-saving system anyway, kan?

That’s the only way he could drift the CLK!

“my balls pretty much shrunk to the size of peanuts. But I toughen [it] out”

What is IT? I do have IT too. Muehehe.

I bet the adrenaline rush was super.

I typed a lengthy comment just now. And it doesn’t appear. And I don’t feel good about that.

Auwww.. I’m sorry to hear that. Next time, try to write on Notepad then paste it here.

Eh bro, I don’t see any grammatical mistake as you mentioned. Where did you read this? Google Reader or RSS? Well, I did correct it after I’ve published, so it could one of those mistakes.

That was the epitome of the event, yum~

Thankfully, the umbrella we had was yellow, which made it easier to see and signal people to slow down. There I was, on the fastest lane, waving the umbrella up and down, not knowing what’s coming next. Will incoming cars see me? Will they slow down? Worst, will they run me over? I have to admit my balls pretty much shrunk to the size of peanuts.

But I toughen it out, we’re dealing with lives here, rest aside fears and be brave!

One act of kindness will borne another, insyaAllah.

And it is these situation that strengthen my faith in the term good Samaritan.

It tu refer to fear or self doubtness or perasaan takut-takut.

it takes a lot of courage *and adrenaline pump* to do such a decision.

maybe i don’t have great courage as you are.

oh… affuan maksudkan ‘It’ to refer to your balls. You need to toughen IT out after it got shrunk to the size of peanuts… haha.

syabas! for having such a courage to go out helping people especially on fast lane.

i dont think many people will do the same. 🙂

Hi, I’m a new reader here. Like the way you expressed things. And like this entry in particular. Keep it up (:

[…] Which reminds me about the yellow umbrella incident years […]