I have always been curious about these events. Yesterday night, I attended one. I knew it was going to be a mammoth gathering (from other sources, about 120,000 attended), thankfully I rode there. It was easier maneuvering the traffic with a motorcycle than a car.

The General Election 13 is done and with BN once again, being the victor. However, there has been claims that there were cheating involved.

These are just theories until proven. Therefore we can’t deny any possibilities from either side, EC or candidates committing fraud. It is in our best interest to seek for truth.

Anwar Ibrahim claimed that there are close to 30 Parliament seats that was ‘robbed’ from the rakyat. PR intends to explore in this coming weeks. Until then, we just have to play the wait-and-see game. 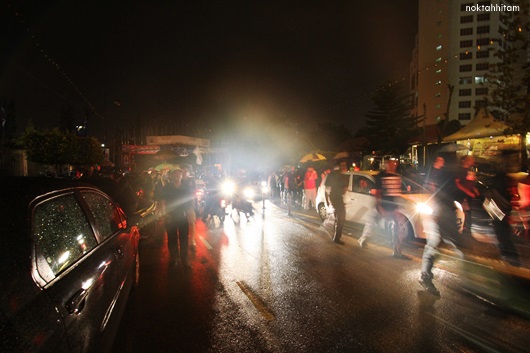 People came by the dozens. Some even parked 2km just to avoid the traffic and some came as early as 3 pm. It became like a mini pasar malam. From all walks of life. Cina Melayu India Singh, just name it. 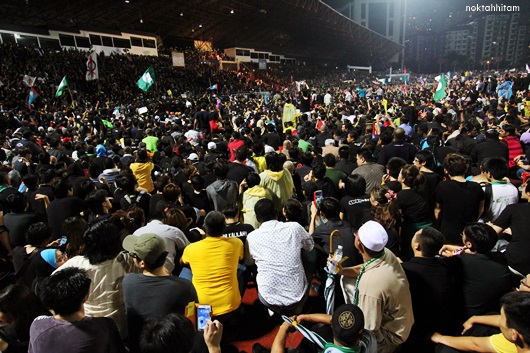 We sat together, rubbing shoulders, passing around yellow ribbons, chanting and screaming. It was the best way for PR supporters to vent their angers. I took the video of Anwar’s speech. 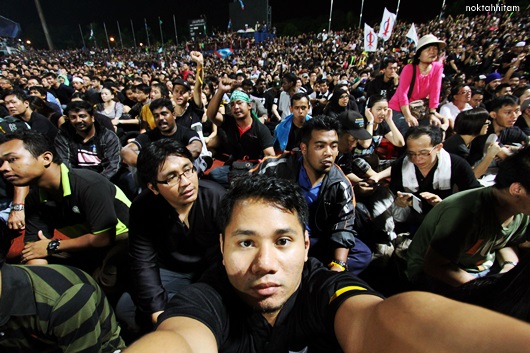 Proof I was there.

There are 4 areas I think this event can improve.

1. Trash was everywhere. I took sometime to collect these. I don’t understand people who wants CHANGE but doesn’t want to change their habit. When are they going to get it, you throw your own rubbish la!

2. Impatient People. Everyone was really hustling their way out pushing old folks and others. Relax la, be considerate.

3. Parking. It was hellish. Stadium Kelana Jaya is one messed up development area. There’s only one small entrance and exit for cars. It’s also along houses.

4. Smoking in the Stadium. I understand the urge to smoke, but please, hold it for 2-3 hours. And if want to smoke, don’t put it off on the bitumen track. That’s backwards thinking.