No I’m no selling you an app or to enroll into a programme, I’m sharing with you the possibility of a healthier lifestyle.

It’s like a hidden gem, I found about C25k when I asked my friend his diet tips (see, if you ask, you’ll learn something). C25k is not an app or system (though it sounds technical), it’s a programme that you can follow to lose weight or attain a healthier lifestyle. C25K is short for Couch To 5 Kilometers, for fatties like me who spends all day playing computer games and Klicken Sie auf den Link games or a successful tv series marathon consumer.

The app that I’m using is called RunDouble. There are a total of 9 weeks for C25K programme. The first week it asks you to run for 1 minute. I could barely make it 1 minute in the first week. As the weeks progress, I was able to time a quicker run. Unfortunately after 2 weeks of absence, due to fever and haze, I timed a very slow run. In the forth week, it forced me to run 400m, walk 200m, run 800m, walk 400m and repeat this again. I could feel my legs starts cramping up. Skipping a few weeks is not ideal, but if you can’t give 100%, don’t jog. This chart plots the runs and walk. Basically anything above 10 mins per km is bad. It’s slower than walking. Slap yourself, go home, you’re drunk.

Some pointers to start:

When you come across a posting on running activity in Facebook, remember to encourage. A hero acknowledges another hero. Happy burning fat! 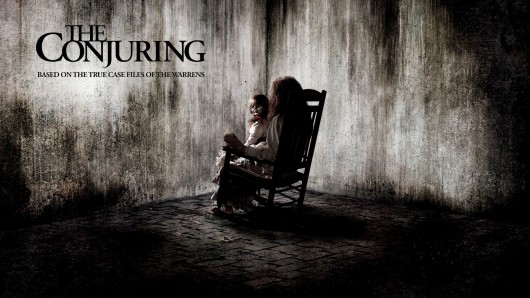 Almost everyone I know is busy packing making their way back to their home town. As for us, we’re just gonna chill at Shah Alam. Probably pop-in at Pavillion if time permits on the first day of Raya. My parents will be back from umrah on that day, can’t wait to meet them. Raya is the most celebrated festive season in Malaysia. It’s the time of year where typically people go on long holidays. Being cheerful and all, we tend to forget the simplest check list. Here are some for your consideration.

1. DRIVE SAFE– Hey man, I don’t want to visit you at a morgue or hospital. BE COURTEOUS on the road, give way to others and try not to overtake using the emergency lane because those are for sissy. You may not care about yourself, but other’s care about you.

2. EAT MODERATELY – Rendang, biscuits and sweetened drinks should be taken with moderation. It CLOTS YOUR ARTERIES, makes you moves slower, makes you sleepy and as a result of that you retain lots of fat. Avoid at all cost. “Kalau nak jaga hati tuan rumah, ambil sikit saja, sekadar untuk rasa”

3. NO GOSSIP – We have just cleansed ourselves during Ramadhan, and now you want to commit new sins? STOP YOURSELF. If you feel that the conversation is not going to end well, maneuver to other topics, else, run away. Talking behind people’s back (good or bad) is for lame farts. You’re not one. I know.

4. CAUTION FIREWORKS – Ever since the Government banned in the 90s, there have been fewer cases of “fingerless palms”. However that does not mean shit doesn’t happen. Know your limits and PLAY SAFE.

5. LET NEIGHBOR KNOWS – Let them know when are you going and coming back from Kampung eventhough they too are going back. Let many know as much as possible. At least they’d know if ANYTHING SUSPICIOUS is happening at your house. Our house got broken in once, left mom traumatized for weeks. Don’t be a victim.

6. HIDE THOSE GADGETS – While Facebooking keeps you connected to your other friends, the people in front of you MATTERS MOST. Try to create a conversation by getting to know more about others. It’s as easy as asking what they do for living, even if you don’t really give a damn. The last thing you want to remembered as is ANTI SOCIAL.

Till then, we (Aisyah, baby and me) would like to wish a joyful Hari Raya. Have fun and remember this 6 simple rules!