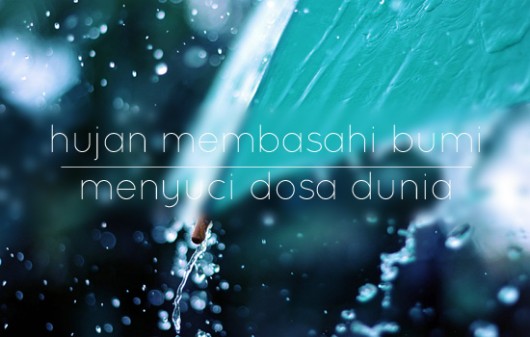 It was drizzling when we arrived at the fast food chain to get our fix on cheap caffeine. As much as I hate to admit, Sara is slowing us down, we had to be really careful when extracting her from the car. We don’t want her to get wet. Thankfully we had a huge umbrella enough to cover us three.

I deliberately left my red semi-broken umbrella outside because it was wet and someone might need it.

A family of was trying to get to their car which was on the opposite side of road, calculating the possibility of getting drenched by the monsoon. I wanted to offer my umbrella, but the father decided to take the leap of faith. He ran into rain towards his car. He’s taken care of, I told myself as I walked in and ordered our cheap caffeine.

Soon I saw the mother ushering the kids into the car using the umbrella. She was the only one outside the car, trying to fold the umbrella and put it where she found it. I dashed through the entrance and got the umbrella.

“Maam, let me walk you to the car.” Like any polite being, she refused the offer, but I insisted with my foot already in a puddle.

Everyone in the car waved goodbye. Doing good sends shivers down my spine. It’s like getting a customer to agree on a deal. It felt good.

We had our drinks and took turn to play with Sara till the rain stopped. We left the fast food chain soon for the following appointment and forgot about the umbrella. My wife will be mad if she finds out about this.

ps: Which reminds me about the yellow umbrella incident years ago.

Last time when I was in Kemaman was in 2007. I was working for my father. I stayed over at Skis’s place. I remember sipping coffee everyday after work.

Today, the place looks horrible. It rained from Sunday to Tuesday, 1-3 December 2013. Skis was stranded in the office for 2 days. Luckily he had power supply, mobile coverage and bananas, our whatsapp group kept a good company. 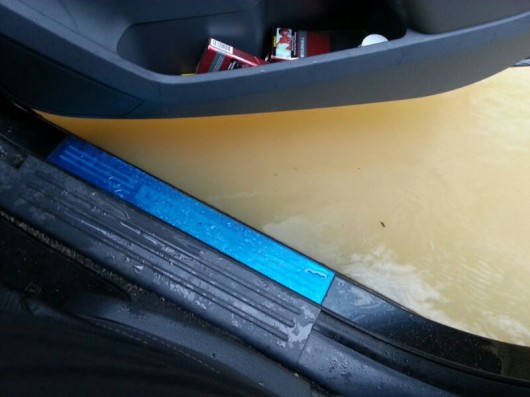 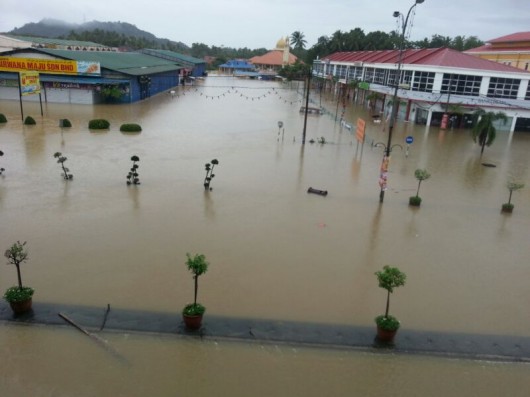 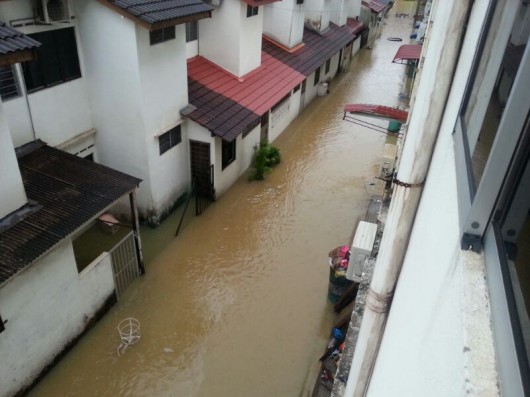 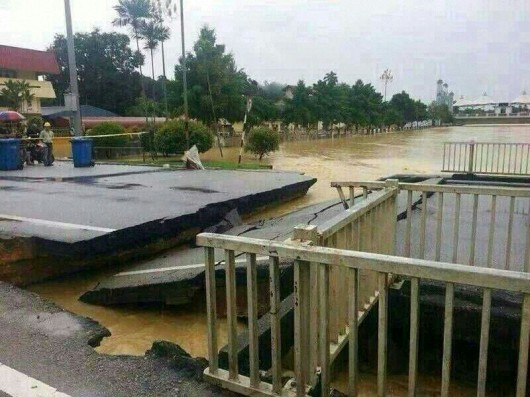 Take care Skis. We’ll pray for you. InsyaAllah, everything will be ok.

Sara. This is your name. 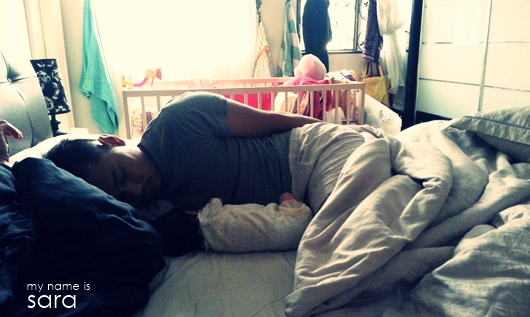 Unlike your Malay peers who has 3-4 names, you have a very short name. Short does not mean you’re any lesser than anyone. It also doesn’t mean you’re weird. We picked a very short and simple name for many reasons.

The world is complex, you shouldn’t be. Today, the world is a huge clutter. We’re constantly talking about improving this, efficiency that, more of this, less of that. You’re a product of uncluttered. Pure and true in it’s form.

No one calls anyone by their full name every time. Most people call me, Edwin not Muhammad Edwin or Aisyah instead of Nur Aisyah. By calling a single name it resonates clearly what your name means. Maybe we’re just lazy to call out lengthy names every time we need you to pick up your toys.

I have always envied my Chinese friends who can have as little as 6 letters to their name. Having short name makes it easier for you to write your name in any application forms. This also reduces human error. Or maybe we haven’t got all the time in the world to fill up your name.

To be really honest, your name is Iman Sara or Sara Iman. Your mother prefers the first, I love the latter.  Since we couldn’t agree where Iman should be before or after, we dropped it off. It’s a simple math.

I remembered going to JPN to register your name. When my number was called, I showed the officer my application form. He asked, “Sara je”. “Ye bang, Sara”. He looked at me, puzzled by the shortness of your name.

He continued typing your name in the system and reaffirms me, “Betul ni, Sara je?”. I nodded.

“Ye betul tu”, I couldn’t help but feel annoyed. 15 minutes later he passed me the your birth certificate.

Now the ultimate question is what does ‘Sara’ mean? As I have mentioned to you before in previous post, it means happy girl. Every parent in this world wants nothing but happiness for their kids, so do we.

ps: While finishing up this article, your great grandmother has passed away. May peace be upon her.