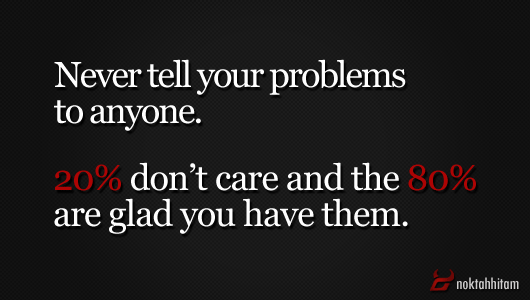 It was already noon, the sun has strike it’s pose but I’m still under my sheets. No thanks to late night lepak session with AzmanIshak and Roslan which dragged to wee hours exploring our path to ultimate geek-iness of Android. A call from my darl fiancé woke me up.

The usual lovey-dovey conversation struck although my eyes was still tightly shut. I pulled the pillow under my head and embraced it. Gosh, I miss her mundane look.

At this point, she’s probably wondering why I’m asking her the same question again and again. But then again, I just woke up. I wouldn’t have a mental performance as someone who sipped an early morning latte.

NH: So what’s the name of the book?
AR: Can You Keep a Secret!

… A moment of silence.

NH: Don’t tell me the name of the book is “Can You Keep a Secret”!
AR: That’s what I was trying to tell you!

We both burst into laughter. I immediately sprung out of bed holding my bouncy belly. I was under the impression she was trying to con me. My bad for watching too much Leverage.

ps: Aisyah wrote the same thing from on her perspective.

8 replies on “Can You Keep a Secret?”

“can you keep a secret?”

That annoying moments when they answer yes but deep in their heart the answer is no way.

hehehe, funny one. One of my friend also have the same situation, but it was about tajuk drama.