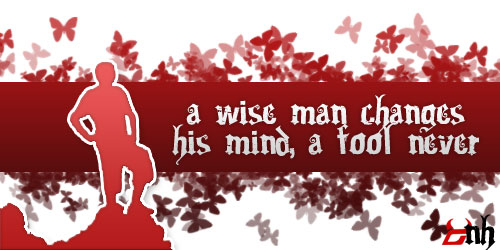 This may come to you as a stupid tradition, I don’t care 😀

2001, I confessed to a girl. She had eyes that could take all my air, and she was still on braces. Nevertheless, every thought of her would drive me up the wall. I was really a FOOL FOR YOU 🙄

2002, We became one. It was the happiest day in my life. Every single victory was incomparable to what I achieved today. And I’m still a FOOL, up to this day I could never top that up 😥

2003, Was our first anniversary. We had a huge fight and we yelled. I was a FOOL, doing such things to my so call better-half 😯

2004, Second anniversary. I showered my love enough to cover every tarmac on this planet. I could never love anyone more than this. I was a FOOL to love a girl more than my mom 😕

2005, 6 months since we broke up. I was upset, I blew all my savings to get over you. I was a party animal. I lost myself. I lost my faith and thought God had forsaken me. I was a FOOL, I forsaken God’s will 😡

2006, I had a new girl friend. Her dad hated me and my race. I was a little happier, a little sad. But I was a FOOL, to think that a gf could replace what I’ve lost 😈

2007, 2 years and a half past since the saddest day in my life. I am a FOOL to know shes out there happily living her life, while I kept reminiscing the past 😡

ps: verily, with the hardship, there is relief. as-Shrah:6

are you seriously serious about not getting over this chick?7 years?really really??

I knew someone would ask me this question.

ps: I believe the correct term would be, first love?

pandai ko bace between the lines 😛

bro.. this is by far my favourite post in here.

Move on la, there are a lot of girls out there, thousand times better than her (hehe, easier to said, but hard to practice)

aiyoooo you guys, SO WEIRD!

..adat la kot 1st cut is the deepest. ive been deeply in love with this one guy yada yada yada.. he broke my heart blablabla..

I just cant teach my heart to fall in love like i use too(mati kalo laki aku baca ayat neh).

Then.. i try to create another definition of love.

and im ok with it.

why do you have to remind me of mine?

we like should soo hook up..my heart bleeds for my ex..ugh..penat laa but then why oh why are human’s programmed that way?why do we crave for lost love?penat tauu.. 😕

its not fun to read this, again.

apparently NH is a human too. 🙄

Here I am, sharing my cut of life. Only difference, at NH, I’m keeping everything short ➡

nono’s last blog post..if it could all be so simple

even i am almost 30 now but sometime falling in love with someone who take care myself..
sorry..my english lintang pukang..belajar ma!

its bad actually… i have 4 quotas 😀

maybe, there’s someone better for you, insyaAllah. 👿

a friend of mine is your regular reader… and she told me you wanna marry a doctor and she said i should intro you to my bestie yang sedang hampir menjadi dokter gituuu… should i? or should i intro you to my friend itu instead? :p

KJ is not welcome here. sorry 😮

Noktahhitam.. you ok? interesting way of writing it.. wel, hope you when you say life goes on.. you’re moving on..