I was tagged by KalsterTrash. Honestly, I don’t really read her blog. Not because I’m ignorant, I’m just shy. Hahaha.

Ok, in this tag, I’m supposed to answer the following questions. I’ll make it as interesting as possible 😉

1 minit yang lalu, apa anda buat? – Playfully messing up my wet hair. I just got out from shower and decided to do this tag.

1 hari yang lalu, apa anda buat? – Meeting at Tower 1 Petronas. I can say it’s the pinnacle of my success. I’ve been through many leaps and bounds, and now I’m finally breaking my way into the corporate world. Let’s just hope I’ll sustain and move forward!

1 makanan yang baru dibeli? – Durian! I got off at Jelatek Station and bought durian. It’s rather funny to see me shaking and smelling the durian in my full business suit (coat and tie, which RARELY happened).

1 barang yang baru hilang? – an RM 10 note. Because I bought the durian.

1 cerita yang baru ditonton? – Atonement. It’s a heavy movie. Failed to move my heart. I even paused halfway through to watch HBO. Shows how boring it was. Dont watch it, it’s a waste of 2 hours.

1 hal yang terakhir digosipkan? – I don’t do this. 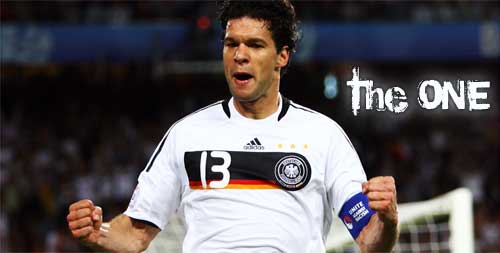 1 buku yang sudah dibaca? – 3 books, but I don’t know which order I completed. You don’t need to know the name of the books. It’s a boring Business Management crap. (hint: Top Seller at Amazon.com)

1 penyakit yang sering datang? – Sakit Hati. It’s incurable but over time, it will mend itself. I hope it’ll be tomorrow.

1 keinginan? – Kawasaki Ninja 250R, it costs RM20k. I already have 2 cars, a house and since I’m not getting married anytime soon, I should just buy a bike for my riding pleasure. I plan to go Kuala Kangsar as often as possible to monitor my rugby boys. At least I could save from toll fees. Now, I need to find doctor (wife) who’ll approve my riding career.

Victim of this tag – Saffawati (something for you to write about), AyUmi (this is my revenge) and Callister (nah, traffic for you)

ps: I seriously am buying the bike. But which color, I have no idea. That would definitely bring dad to his bottom!

Don’t Be Too Quick To Judge

Goodbye IE 6, 6 Reasons It Must Die

The House Helper Who Swept Under the Rug